About Straphanger Excerpt Press The Latest Resources The Bookshelf Contact 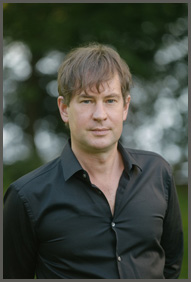 He is the author of Sacré Blues, The End of Elsewhere, The Devil's Picnic, Bottomfeeder, and Straphanger. For more on his first three books, please join us in The Bookshelf section of the website.

Taras is a frequent contributor to the New York Times, the Independent, and National Geographic Traveler. He has written features for Saveur, Gourmet, Salon, Wired, the Walrus, the Los Angeles Times, the Guardian, the Globe and Mail, Maclean's, Men's Health, the Chicago Tribune Magazine, the International Herald Tribune, the Times of London, and Condé Nast Traveller. He has prowled nocturnally in the footsteps of Dalí and Buñuel in Toledo, Spain for National Geographic Traveler, eaten bugs at the Insectarium for The Independent, and substituted for William Safire in the New York Times Magazine. His travel essays have been published in several anthologies.

He has twice been invited to appear at the Edinburgh Book Festival (where he learned to love brown sauce and vegetarian haggis), appeared at the St-Malo Étonnants Voyageurs festival, done the amazing Literary Journalism program at the Banff Centre (where he had his fellow scribes imbibing authentic absinthe from the Val de Travers), and has led seminars on travel and food writing from the depths of Westmount to the heights of Haida Gwaii.

Born in Toronto, raised in Calgary and Vancouver, and schooled in flânerie in Paris, he now lives on an island called Montreal, which can be found at the confluence of the Ottawa and Saint Lawrence Rivers.